The Turquoise Trail Fire District is situated in central Santa Fe County and is responsible for providing fire and emergency medical services to the San Marcos area as well as the Town of Cerrillos. Three stations are located at #01 River St. in Cerrillos, #3585 NM Hwy 14 and #03 Turquoise Court. The district assists and receives aid from other agencies including, The City of Santa Fe, NM State Forestry as well as other Santa Fe County Districts. The District responds to more than 400 calls per year.

The Turquoise Trail Volunteer Fire District was established in 1969 in the Village of Cerrillos. The district was like other districts when they first started, getting old used equipment from surplus and other fire districts, and housing them in someone’s garage, barn or shed. In trying to raise money for equipment, the district started the Fiesta de Primavera in the Village. This function became a huge success, lasting almost twenty years. The fire district would take over the village with parades, games, food booths, arts and crafts and the famous Fire Department water polo game. During the late 70s and early 80s the district responded to some historical events; including the Tiffany Saloon fire in Cerrillos and the New Mexico State Penitentiary riot. Throughout the 80s the district grew in many ways. A second station was built in the village of Cerrillos, another used engine was purchased, a new tanker was added to the fleet, a used ambulance was added, and the first major subdivision was planned for the area, resulting in the District adding several more square miles to its size. A new station was built in 2001 on State Highway 14. It is the volunteers' pride and joy, featuring six bays, a meeting room, offices and all the modern amenities. The district is proud of its volunteer firefighters and auxiliary members, and it owes a debt of gratitude to all the former members and supporters that have made the District what it is today. 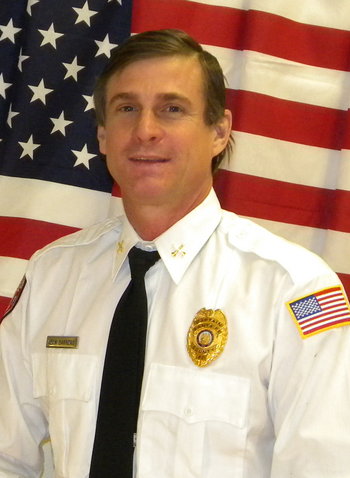 Please keep in mind, these are volunteer departments, and there may not be anyone there to answer your call. Leave a message, and someone will return your call as soon as possible.

ISO collects information (such as nearest water supply, fire station, station staffing, number of personnel, number and type of fire trucks, pumping capacity, emergency communications, etc.) on municipal fire-protection efforts in communities throughout the United States. Based on the information a numerical rating is given to the area which is used by insurance companies to determine premiums.

Get trusted alerts from your
local police & other agencies!